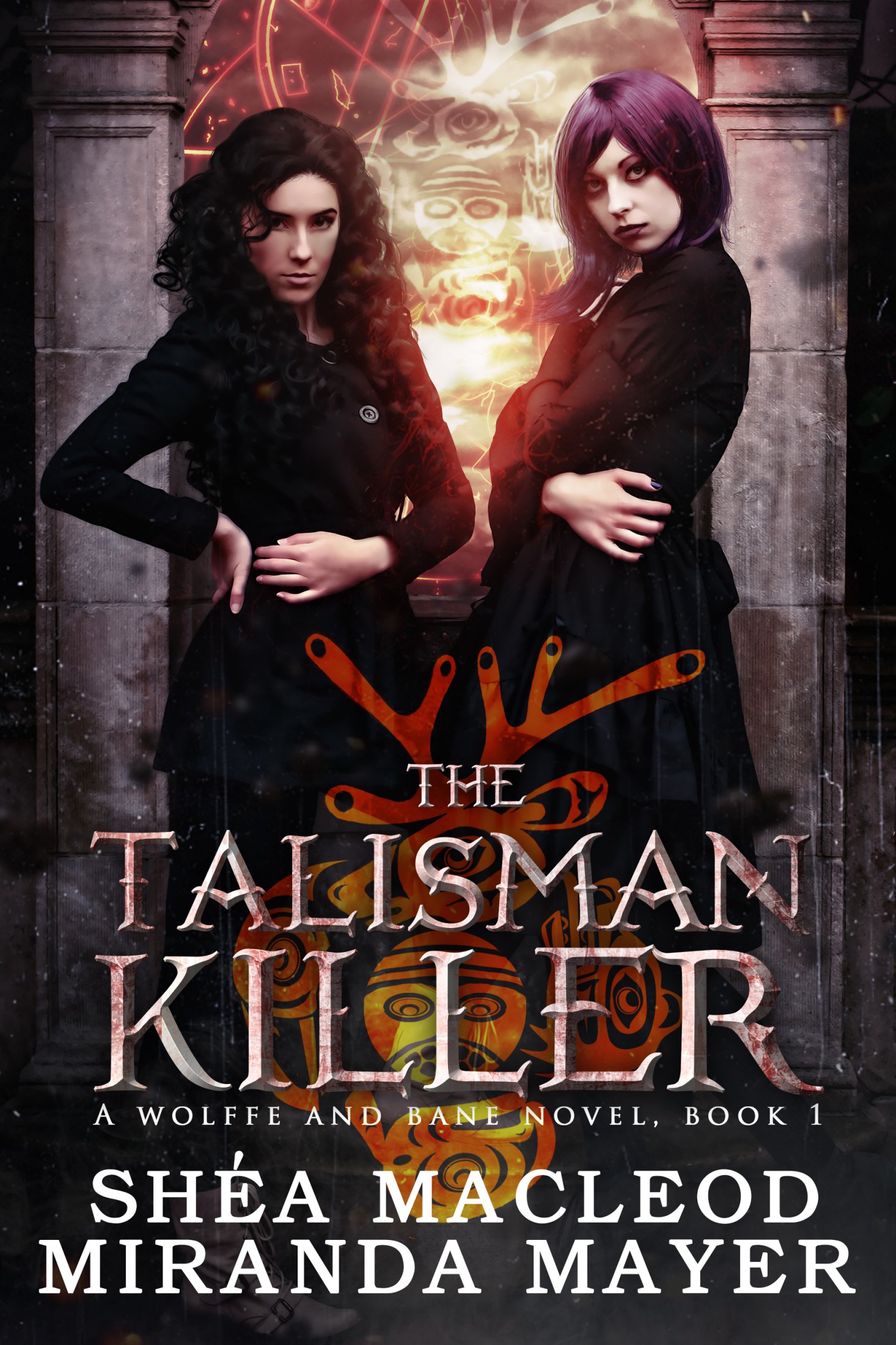 Before the Rift, Veronica Wolffe and Verity Bane struggled to eke out a living as paranormal investigators. But with the veil between dimensions ripped open and demons from beyond running amok, their preternatural powers are suddenly in high demand. From haunted teapots to rampaging poltergeists, these women’s work is never done.

But when a hunter dies a horrific and unnatural death, Wolffe and Bane are pulled into the terrifying world of mystical murder. A killer from beyond the Rift is hunting those he finds guilty of crimes against the environment and he won’t stop until the world is rebuilt and humanity is destroyed. The Talisman Killer introduces an addictive new urban fantasy series with two kick-ass heroines and a touch of romance. Welcome to the world of Wolffe and Bane.