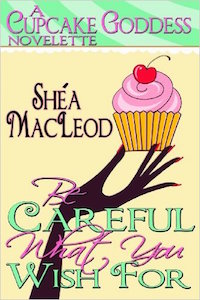 Be Careful What You Wish For

Once the Welsh goddess of love and beauty, Branwen has lost her powers (most of them), moved to the middle of nowhere, found an obsession for cupcakes, and gained twenty pounds (okay, fifty). She’s not having a good millennium.

So when her next door neighbor, cross-dresser Ryan Roberts, makes a simple wish, Branwen decides to grant it. Ryan is about to find out that where cupcake obsessed ancient goddesses are concerned, you should be careful what you wish for.

(Originally appeared as a short story in the Eclective’s The Pride Collection. Has been revised and extended.) 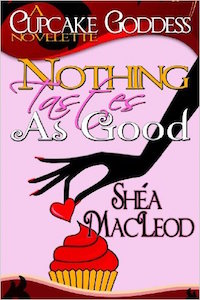 Nothing Tastes As Good

Tired of the rain in Granite Falls, Branwen (former goddess of love and beauty) swaps places with a fellow goddess and finds herself in San Antonio. Unfortunately, she also ends up next to yet another annoying neighbor and meets another person unhappy with her body image.

Kate is convinced that being skinny will fix all her problems. She’s about to find out that the frosting isn’t always sweeter on the other side. 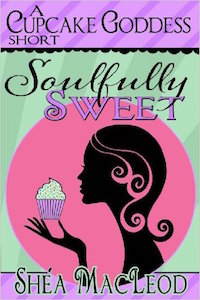 As if helping the living isn’t enough of a pain in her divine hindquarters, Branwen (former goddess of love and beauty) is stuck helping the dead on All Hallow’s Eve.

(Originally appeared as-is in The Eclective’s The Haunted Collection.) 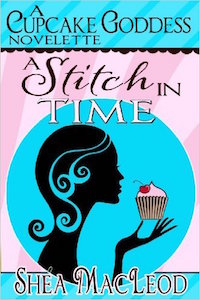 A Stitch in Time

After pissing off Thor (god of thunder/major jerk), Branwen (goddess of love and beauty/cupcake addict) finds herself thrust back in time to Regency era England. Her only hope rests with her former love, Loki (major hottie/pain in Thor’s backside) and a little magic of her own. History will never be the same.

(Originally published in The Time Collection by The Eclective, this short story has been revised and extended for your reading pleasure.)