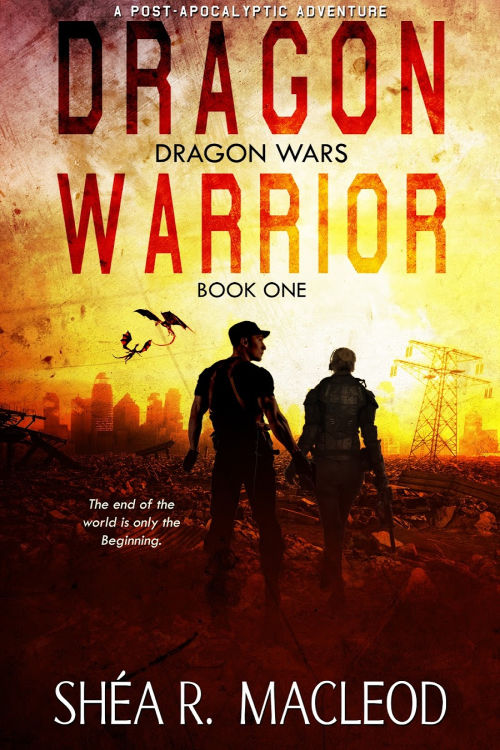 In a world destroyed by genetically generated monsters, the human race’s only hope of survival lies with a strange duo: apocalypse survivor Rain, and a mysterious super soldier called the Dragon Warrior. Together, the two of them must uncover the truth behind the nightmare their world has become even though it puts them in the cross-hairs of a ruthless enemy.

This high-spirited adventure is the first in a mesmerizing and addictive post-apocalyptic series. 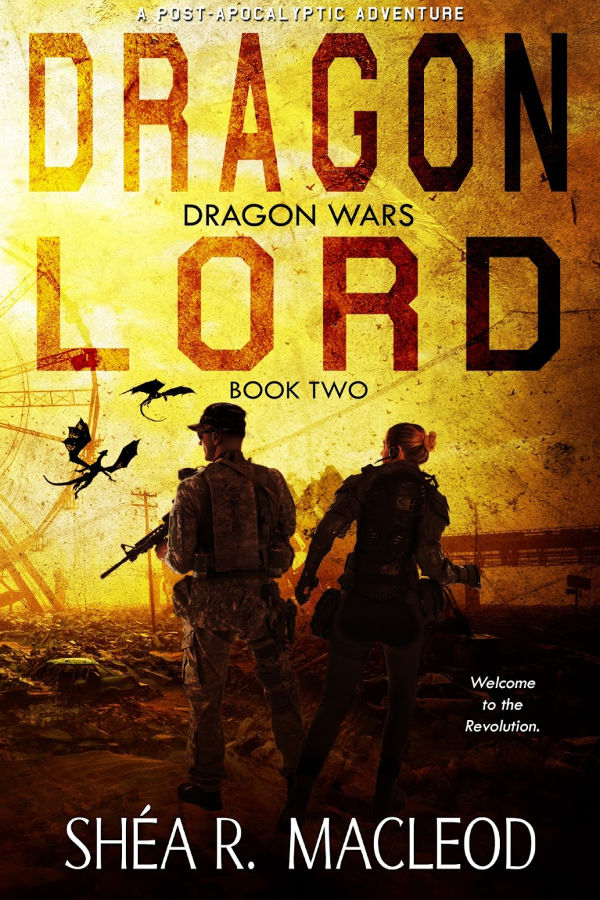 Uncovering the truth behind the genetically engineered monsters that destroyed their world was only the beginning for Rain Mauri and the super solider known as the Dragon Warrior. Now it's up to their tiny band of resistance fighters to change the world once again. This time for the better.

But nothing is ever easy in their post-apocalyptic world and there are those that will stop at nothing to keep the status quo.
This fast-paced adventure is the second book in a mesmerizing and addictive post-apocalyptic series. 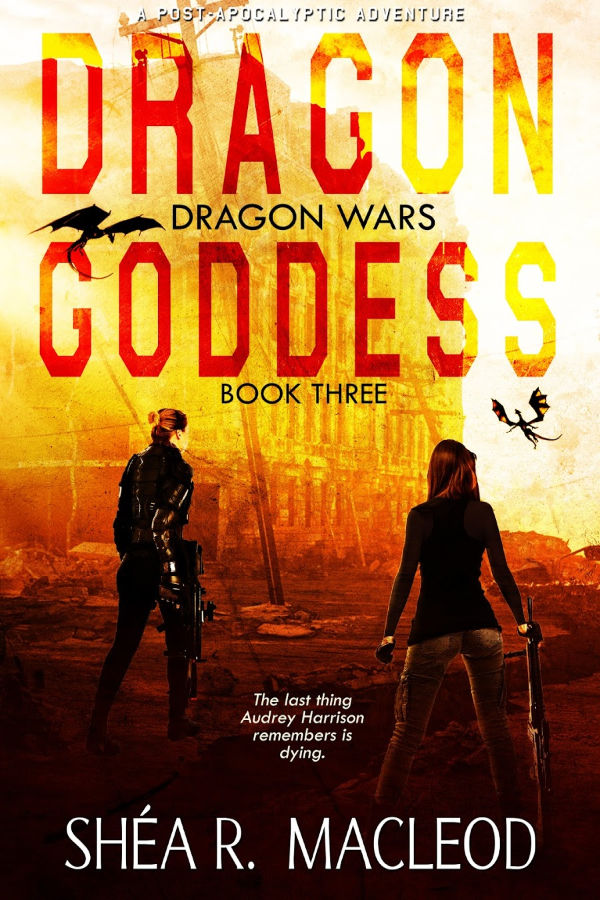 Killed by a genetically created dragon in the last days of the Dragon Wars, she shouldn’t remember anything at all, but she has been reborn as something far different from the woman she used to be. Now not only can she hear the thoughts of the dragons, but she can control them. Problem is, she’s being controlled by the very people who made her this way.
Rain Mauri is intent on one thing: Saving the man she loves from the clutches of the paramilitary organization exploiting the survivors of the Dragon Wars, and the cruel scientist who leads them. But Rain’s single-minded focus may bring others she cares about to harm.

As both women struggle for survival in the wasteland the world has become, they may find that their goals are not so different after all.

This is the third book in a mesmerizing and addictive post-apocalyptic adventure series. 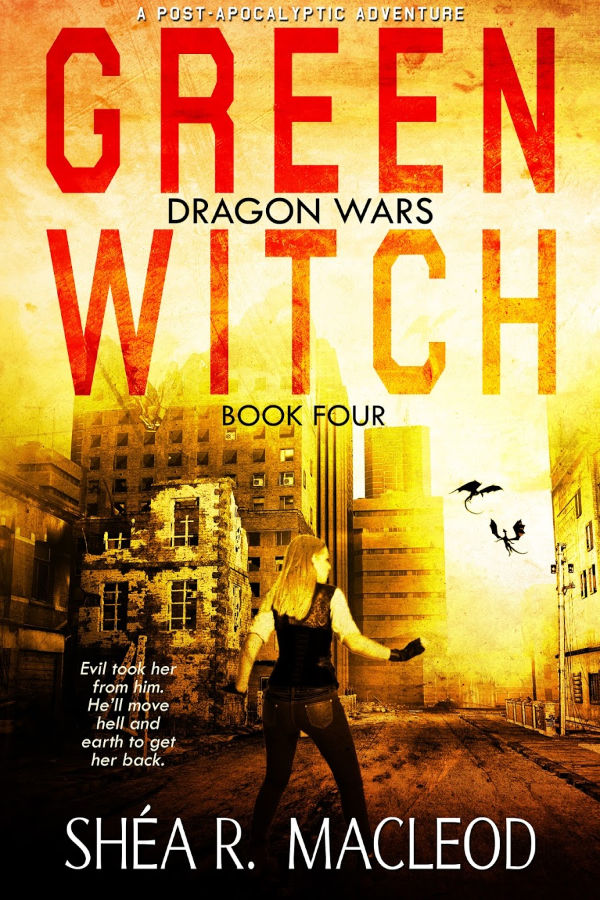 Cyan Parrish is a healer, but those of narrow minds and suspicious thoughts have called her a Witch. Now someone wants her so-called powers for himself and he’s willing to kill for it.
Death to the Green Witch. That’s the message left in the smoking ruins that was once the home of the woman Sutter loved. His only hope of saving her is to put his trust in one of the enemy, and travel across an apocalyptic wasteland toward a fabled city ruled by a madman.

This exciting adventure is the fourth in a mesmerizing and addictive post-apocalyptic series. 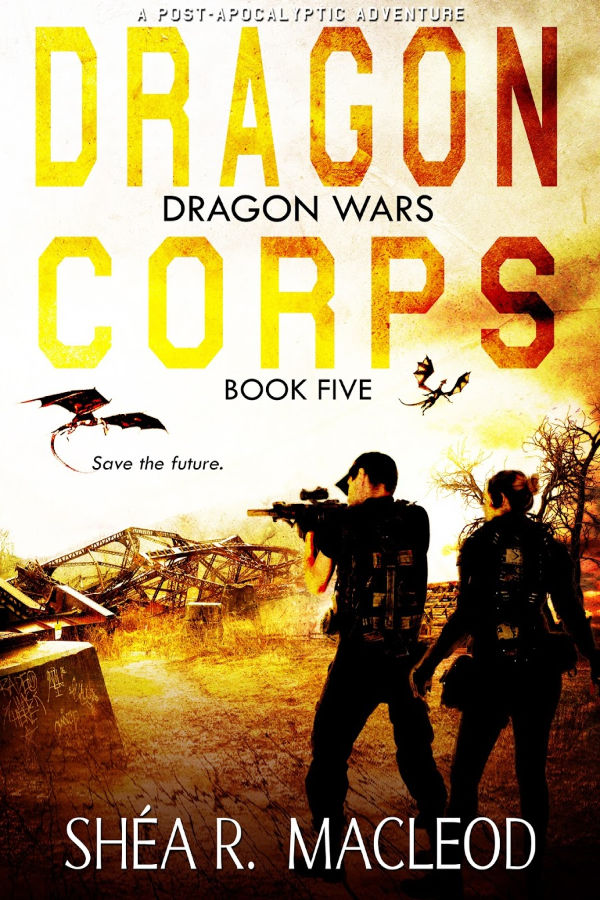 Rain Mauri’s plan seemed so simple: Stop the bad guys, save the future. She didn’t start the fight, but she will end it and she is willing to do whatever it takes.

But nothing is simple in this war-torn world filled with monstrous scientific creations and violent genetically modified men. If she wants to prevail, she will need more than strength, grit, and courage. She may need to sacrifice all she holds dear.

This fast-paced adventure is the fifth in a mesmerizing and addictive post-apocalyptic series. 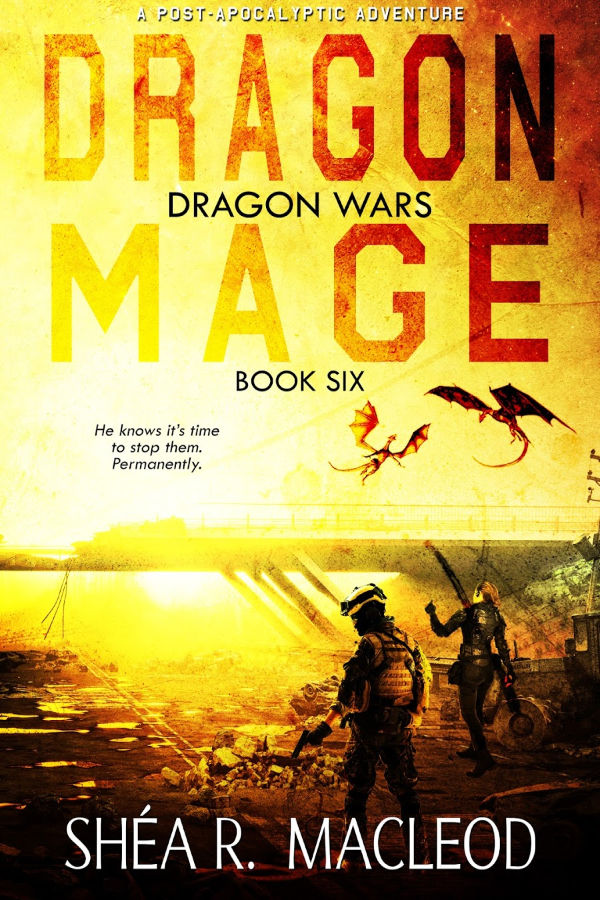 After leaving Fossil to find his past, former Marine, Ben, found a new home as right hand man to the Triad of China Town. Fighting dragons and protecting citizens is all he cares about, until the day he meets Bella.

When Bella is kidnapped by a psychopathic cult that believes women are witches and witches need burning, Ben risks everything to save her.  But in saving her, he might unleash a greater evil on them all. 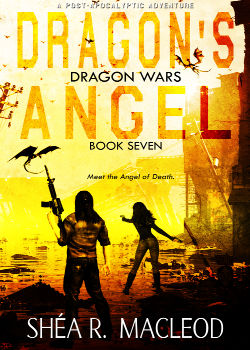 Mai Le is called the Angel for a reason. She may be beautiful, but she’s also deadly with a blade. Which is a useful skill in the post-apocalyptic wasteland that is her home. Unfortunately, she has to keep it a secret, or her own brother will slit her throat.

They call him Dragon, but only behind his back. Rumor has it that Takei has killed three dragons single-handed. Quite a feat for a man who isn’t a Dragon Lord. But there are enemies far more dangerous than dragons on the horizon, and the only chance for survival is if the Dragon and the Angel work together.